It’s not surprising that prospectors in search of gold discovered many of the underground treasures of South Dakota: its caves and caverns.

The Black Hills region of South Dakota is famous for its caves. Fifty million years ago, the caves of the Black Hills were formed when underground water dissolved layers of limestone, resulting in huge passageways, spacious cave rooms, and networks of narrow tunnels. As groundwater flowed into the passageways, it brought with it dissolved minerals. One of these minerals, calcium carbonate, deposits crystals onto cave walls and ceilings, resulting in spectacular cave formations.

The caves of the Black Hills are found 300-700 feet below the surface, embedded in a layer of pahasapa limestone. Black Hills caves maintain consistent temperatures in the 40s. The coolness of the caves, in addition to the wondrous formations, attracts visitors who are seeking refuge from the summer’s searing heat.

There are numerous caves in the Black Hills region that are open to the public. The most notable privately owned caves is Rushmore Cave, Black Hills Caverns and Wonderland Cave.

Visitors to Black Hills caves and caverns are sure to enjoy above-ground attractions as well. Mount Rushmore, Crazy Horse Memorial, Badlands National Park, and Rapid City are all within easy driving distance of the Black Hills caves. 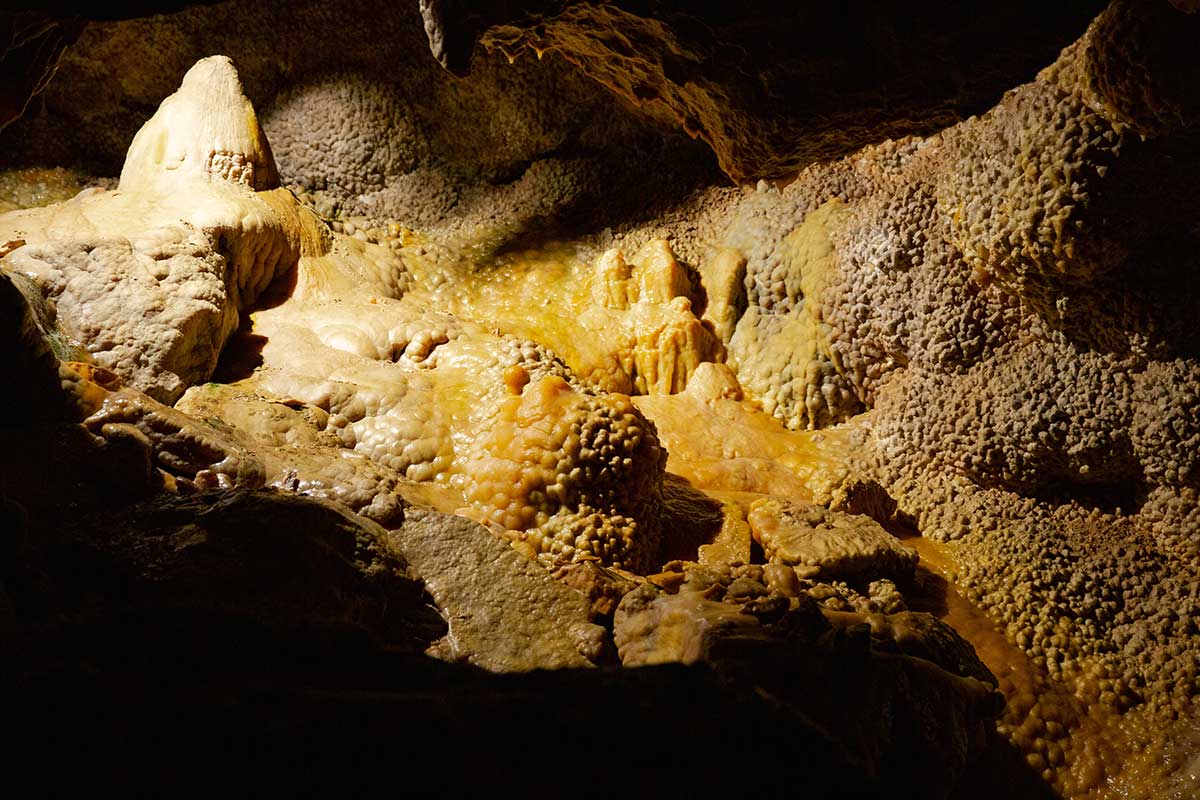 Nestled in the Black Hills, Jewel Cave is a staggering 200 miles of mapped passageways. It is currently the second longest cave system in the world.
NATIONAL PARK 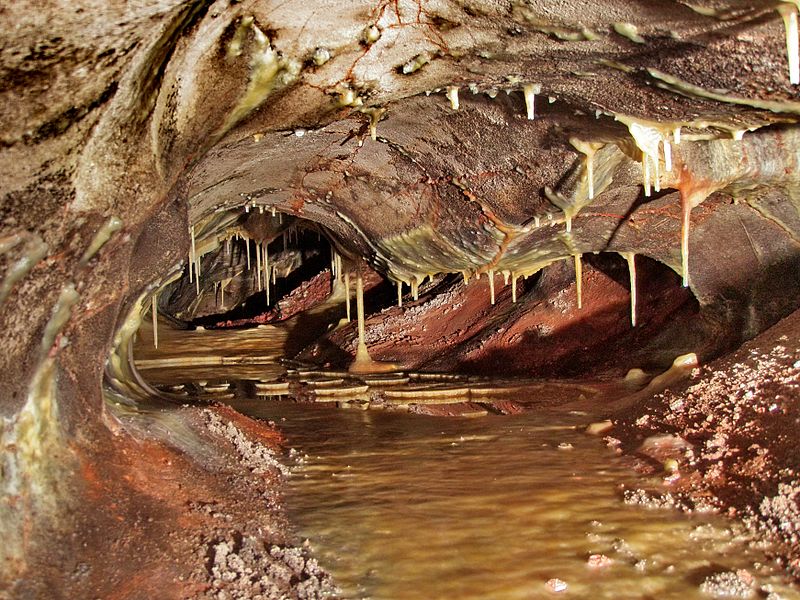 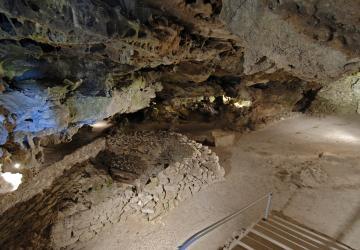 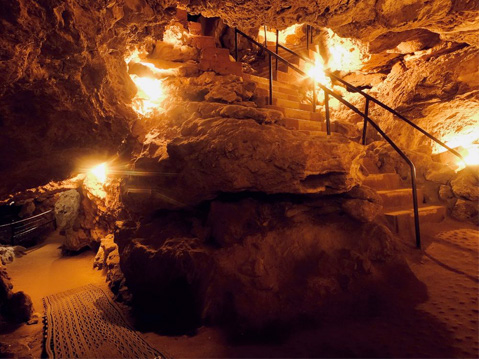