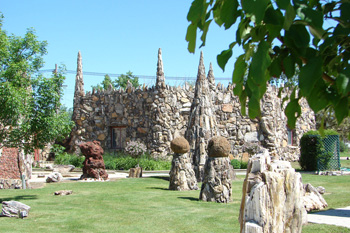 Lemmon was organized in 1906, and is rich in history and culture of “taming the plains.” Surrounded by sprawling ranches, farms and magnificent prairies teaming with wildlife, Lemmon is an all-season kind of place. Located in the heart of the Grand River and Cedar River National Grasslands, close to the North Dakota border and along US Highway 12’s “Yellowstone Trail,” Lemmon is easily accessible. Other major routes including SD 73, I-94 and I-90 also connect through Lemmon.

George Edward Lemmon was born at Bountiful, Utah, May 23rd 1857.  He moved to Nebraska in 1866 with his parents and at the age of 13 he began the work which made up his career during a large portion of his life.  Nearly 75 years of activity on the cattle ranges of the western Great Plains from the Canadian border to Texas, the founder of this thriving city, made his mark that now stands in honor of his name, Lemmon.  On May 16, 1906 the land embraced in what is now the Original Town site of Lemmon sprung up it was recommended by the vice president of the Milwaukee railroad that the proposed city be called “Lemmon”.  “Dad” Lemmon was one of the few remaining Texas trail drivers who made the delivery of herds from Texas to northern maturing ranges, these herds laying the foundation of the cattle industry in western South Dakota.

Ed Lemmon, Lemmon’s namesake, bossed the single biggest roundup in history, and was one of the first South Dakotans inducted into the National Cowboy Hall of Fame. The annual Boss Cowman Celebration is held the second week in July and is filled with rodeos, dances, art exhibits, theater performances, parades, and great food.

The Petrified Wood Park and museum is a sight you won’t soon forget. The man-made towers of ancient stone stand like a testament to the men and women who created a castle-like world in the vastness of the prairie. Thousands of curious specimens of plant life form the historic ages are gathered and blended together to create this unique attraction located on Main Street.

Located 12 miles south of Lemmon. Shade Hill has a Public-use area, camping, picnic areas, a trailer dump station, swimming, boating, and hiking. Available species include walleye, catfish, and bass. Open year-round the reservoir is one of western South Dakota’s few large lakes. The dam, built in 1951 by the Bureau of Reclamation, creates more than 5,000 surface acres of water creating fun for everyone.

A person can view displays of local dinosaur fossils. Visitors are welcome to touch and feel real dinosaur bones. Other museum exhibits include ranching and homestead history, and local Native American history.