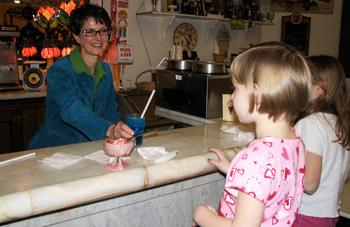 Over the years, Elk Point has produced many prominent businessmen, political leaders and community-spirited citizens. For example, local residents were instrumental in founding the University of South Dakota in the late 1880s, and recently built one of the finest and technically advanced K-12 schools in the state. During the past 2 years, Union County was named as one of the best places to live in rural America. As Elk Point dawns 150 years, the city’s governmental, business and civic leaders are dedicated to maintaining current momentum and continuing to improve the quality of life in the community.

For centuries, the area between the Sioux and Missouri Rivers was a runway for elk and was well“known to Native Americans as an elk hunting ground. Lewis and Clark noted much elk in the area in 1804 when they camped on the site which became Elk Point. On August 22, 1804, the first election west of the Mississippi took place in what is now Heritage Park in Elk Point. The Lewis and Clark Expedition members elected Patrick Gass as the replacement for Sgt. Floyd, who had died a day earlier downstream. The event is re-enacted annually as part of Elk Point’s Heritage Days.

Pursuant to a Federal treaty with the Yankton Sioux, the Dakota frontier was opened to settlers in 1859. A former New York photographer, Eli Wixon, had earlier scouted the area along the military road from Sioux City to Ft. Randall. On July 22, 1859, he filed a claim for a part of the elevated land on which Elk Point now sits. He paid a $14 fee and $1.25 per acre. By 1862, he had erected a log hotel which also served as a post office and stage coach station on the military road. In 1865, Mr. Wixon donated land for a county court house and school. Elk Point is still the county seat of what is now known as Union County.

The Hitch Rail Bar and Restaurant

Chapel in the Hills