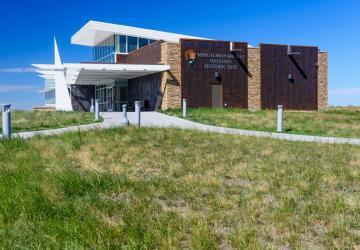 The Cold War was the defining historical event of the last half of the 20th century. It led to fear, panic and distrust, symbolized by a nuclear arms race between the United States and the Soviet Union. The Minuteman Missile National Historic Site consists of three sites along a 15-mile stretch of Interstate 90. The visitor center and the Delta-09 missile silo are open and tours of the Delta-01 Launch Control Facility are offered daily (closed Thanksgiving, Christmas and New Year’s Day).