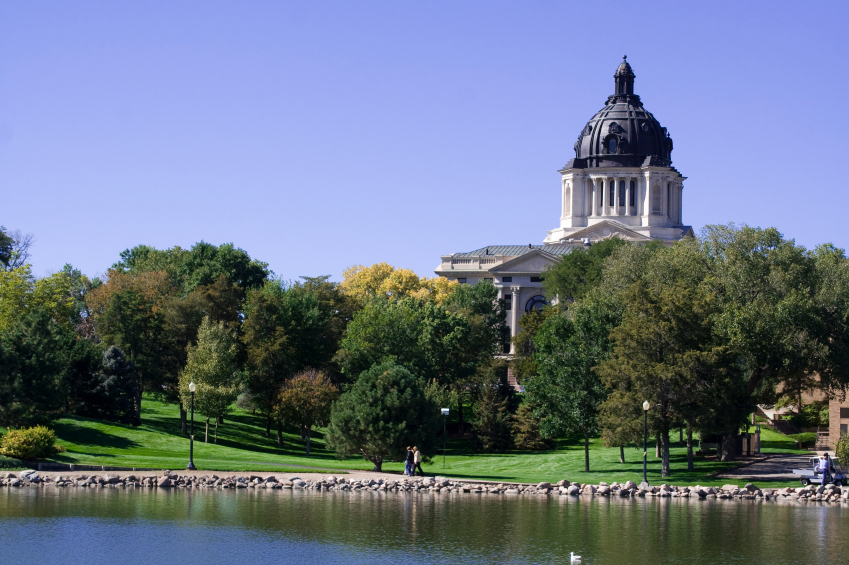 Since its incorporation as a city in 1889, Pierre has served as South Dakota’s state capital and the county seat of Hughes County. Originally settled in 1880 along the banks of the Missouri River near Fort Pierre, the city is a rich reflection of early American West history and heritage. Numerous historical markings indicate significant events in the development and exploration of the area, including sites visited by famed explorers Lewis and Clark.

The majestic State Capitol building is the primary attraction in the city of Pierre. Built in 1910, the structure boasts elaborate murals, tile work, art galleries, and a variety of commemorative memorials. Visit the South Dakota Cultural Heritage Center to view exhibits and artifacts from the native Sioux and the later European settlers. At the Lewis and Clark Family Center, visitors can learn about early United States History, as well as wildlife species native to the area. Other museums and learning centers in Pierre include the South Dakota National Guard Museum, South Dakota Discovery Center and Museum, and the Oahe Dam Visitor Center. For family fun, the Pierre Aquatic Center offers a swimming pool, water slides, and water spray toys.

Situated on the rocky bluffs of the Missouri River, Pierre is also close to the man-made Lake Oahe. Its proximity to these bodies of water makes the city a natural choice for water-based recreational activities, including copious fishing, boating, jet skiing, and swimming. The Fort Pierre National Grassland offers 116,000 acres of open space for hiking and biking. Abundant parks and forests offer meandering trails through nature, including Oahe Downstream’s Cottonwood Path, the Farm Island Nature Trail, and the 26-mile Lewis and Clark Bicentennial Trail.

Downtown Pierre offers abundant dining opportunities to suit all tastes, including Cattleman’s Club Steakhouse & Lodge, La Minestra, Pier 347, and Mad Mary’s Steakhouse. Since the city’s inception as a riverside trading post, shopping and commerce have been a vital component of Pierre. Today, locals and tourists enjoy a variety of eclectic shops with unique gifts, such as handmade jewelry, homemade delicacies, and custom apparel. Vibrant nightlife is also available, offering live music, dancing, movie theatres, and table sports. For theatergoers, the Pierre Players have performed hundreds of engaging dramatic productions since the acting troupe was formed in 1967.