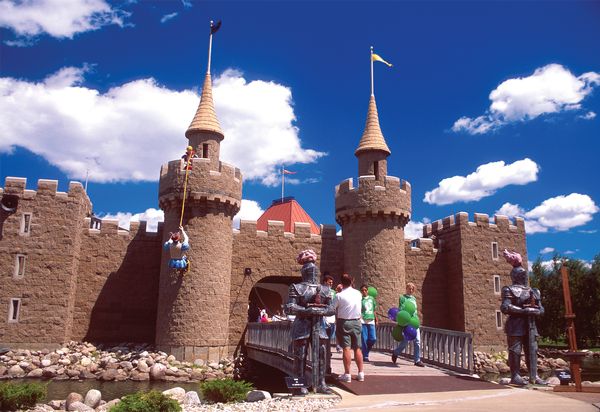 Originally inhabited by the Sioux Indians, the city now known as Aberdeen became a site of fur trading posts in the 1820s, which attracted the first Caucasian settlers to the area. Constructed around newly developing railroad systems in 1881, Aberdeen was dubbed the Hub City of the Dakotas due to the trio of railroad depots intersecting in the town. These very railroads contributed to the city’s quick growth and prosperity. Aberdeen took over Columbia’s designation as county seat of Brown County in 1889.

Those with discriminating aesthetic tastes won’t be disappointed by Aberdeen. A surprisingly large number of art galleries showcase the masterpieces of local and international artists. Outdoor festivals, such as the weekend-long event Arts-in-the-Park, provide creators with many opportunities to set up booths and sell their wares. The Granary brings together an eclectic mix of cultural exhibits in a scenic, park-like setting, while the Aberdeen Community Theater performs an array of dramatic productions throughout the year. For music lovers, Aberdeen’s Community Concert Association schedules local appearances by renowned musicians.